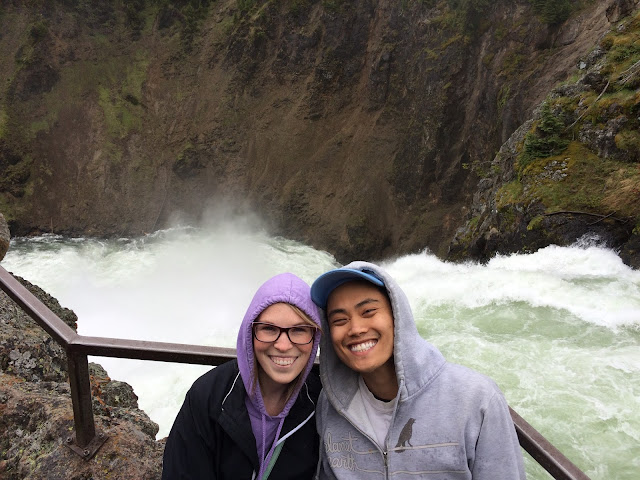 Last night I got to meet someone that has had a big impact on my life lately – Ramona Zabriskie. She’s my marriage mentor. 🙂  She came to Utah (from Washington) and did a presentation in West Jordan last night. 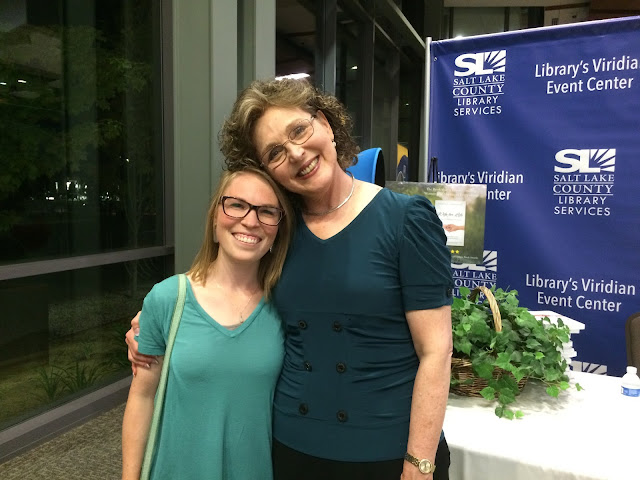 I first heard about Ramona last October during the Power of Moms online Mom Conference.  The interview was called “Your Power to Succeed in Marriage” and I almost didn’t watch it.  I was just going to watch another one about parenting but then I felt drawn to Ramona’s interview so I decided to watch it.  And I’m so glad I did. 🙂

I loved the little bits of wisdom that Ramona shared during her interview so after it was over I immediately ordered her book, Wife for Life: The Power to Succeed in Marriage.  It came in the mail a couple days later and I started reading it.  I read it slowly (like I read most books) and tried to digest as much as I could.

Here’s what I wrote in my journal…

Oh…I’m not sure if I’ve mentioned this much before, but I’ve been reading this book called “Wife For Life” by Ramona Zabriskie. I started it in the middle of October and I’m almost done with it. I’ve mostly just been reading it in the van while I wait to pick up Landon from school, so it’s taken me a while…like most books.

It has been so eye opening and inspiring. I have learned so much. There is so much to take in and practice. Since finding out about the book, I’ve known about Ramona’s additional resource, called “Wife for Life University.” It is a 10 week course, where there are live online classes, once a week, with Ramona, her TAs, and a few classmates.

There are also weekly videos (that aren’t live,) study guides, journal prompts, TA support, etc. It is a way to really dive deeper into the content and learn even more how to put the principles and ideas into practice. It is a way to get real life questions answered and hear the stories and advice from the other classmates.

Anyway, even though W4LU sounded intriguing, when I looked it up before, it was pretty expensive, so I thought to myself,” maybe someday, but not anytime soon.” Well, tonight when I was feeding Roxanne, I was checking my e-mail and noticed that I had an email from Ramona (I’m just on her e-mail list.) She was inviting me to be a part of W4LU for this upcoming semester (it starts on January 11th.)

There was a video that talked about W4LU and what it was about and testimonials, etc. Then at the end, there was a special offer to get a discount on the enrollment price. I started thinking really seriously about it and decided that I wanted to enroll.

Even though I think that our marriage is going pretty well at the moment, and in general, we have always had a pretty good marriage, I do think that what I’ve learned from her book has been really valuable and I would love to internalize the principles and ideas in more depth. I think that it would be great to get to really dive into this material.

And I think it’s worth the investment in our marriage. I’m gonna be a wife for the rest of eternity. It’d be nice to get some more in depth education on the matter. Ramona talks a lot about creating a Grand marriage… not just good, or great, but Grand. The kind of marriage where you are each other’s true intimates and dream makers. The kind of marriage where you are a real influence for good in the world.

I want that kind of marriage. I don’t just want an average marriage. Or just a good one. I want a true, solid, deep connection with J, and a marriage that makes our family, and the world a better place.

So, I was a little bit hesitant, but I approached J about it tonight when he was cleaning up the kitchen. He was a bit apprehensive about how much it costs, but he told me that I could go ahead and do it if I wanted to.

So, I did it. I signed up for the class. I’m excited, but also a bit nervous. I’m nervous for the live classes since I’m an introvert and I don’t really know how to interact with people sometimes…especially people I’ve never met before. But I think that it will be good to form more friendships and get to discuss these ideas with other women.

So that’s what I did.  I took my first semester of Wife for Life University.  And I loved it.  Like I mentioned, I learned a lot from reading the book for the first time, but that learning was greatly deepened through taking the online class.

Taking the class was great motivation to really practice the principles and tools.  I did a lot of journaling with the prompts that Ramona gave me and those helped me to get to know myself, my husband, and our marriage better.

I also got to connect with other women that want to be intentional about their marriages. Even though our marriage was pretty good before, there is always room for improvement and we made a lot of progress.

It only took me a few weeks into the first semester to decide that I wanted to attend W4LU again the next semester.  It’s the same content every time, but a lot of students attend for more than one semester because it’s just so great.  Plus, you get a significant discount on tuition for subsequent semesters, so that definitely helps.  🙂 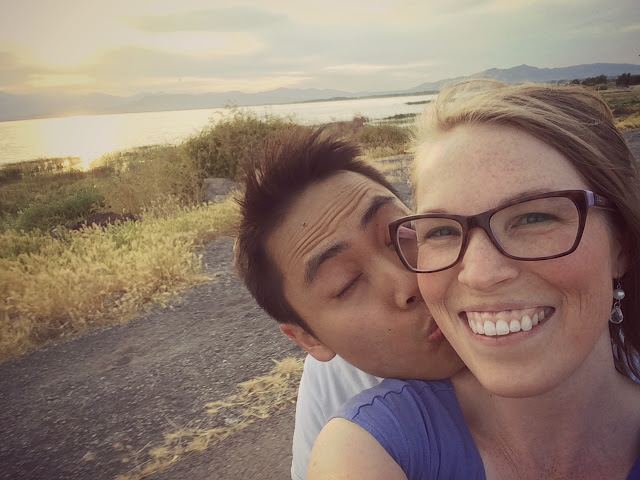 I don’t feel like I have experienced anything that feels major at the moment – but I do feel like I have changed by a few degrees (and Jershon has too) and that, I believe, has set us on a different course. I imagine that we are going to look back someday and be able to see how this semester of me taking this class and learning these things is something that made a big impact.

I feel like it has changed my direction, ever so slightly in some ways, but the impact will be big. Just like how an airplane can completely change is destination just by changing a few degrees.

I have made progress in becoming a pioneer woman and in accommodating accomplishment. I have gained a deeper appreciation for Jershon and what he brings to our marriage. I have had a lot of perspective changes and paradigm shifts.

I feel like I am only at the beginning of this process though. I still have so much to learn and so far to grow. But I feel like I have a toolbox full of tools now and that is so empowering.

So after a few weeks break, I took my second semester of W4LU.  Again, I loved it.  I learned even more and experienced even more growth and positive change.  And again, I knew that I wanted to sign up to attend again next semester. 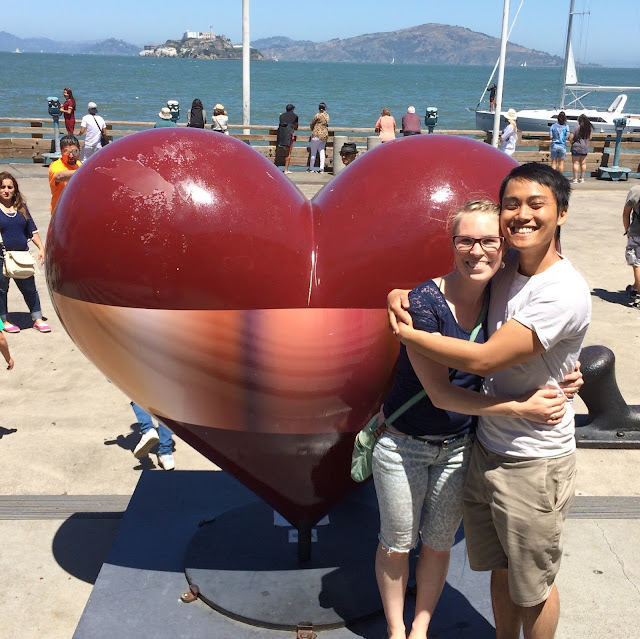 Where am I at the end of this second semester of wife for life university? Well, sometimes it’s hard to know if we are just in a good spot right now, but things are going great. I feel like our connection and friendship have really deepened.

I feel my Jershon being drawn to me. I see and feel us as greater partners. I have seen positive changes in me, in him, and in us. I feel that we are on the path towards a grand marriage.

We are currently on summer break, but I am attending W4LU (for the 3rd time) this Fall.  I’m excited to experience even more growth and depth this next semester and to continue developing friendships with Ramona and the other women in my class.

Some things that I love about Wife for Life

My marriage was good before I discovered Wife for Life (definitely not perfect though, and year 7 was pretty rough at times and our hardest year so far), but it is even better now. I can’t tell you how many times in the past couple months that I have experienced some of those “feeling truly cherished” moments.

Our marriage has become even deeper and greater since starting W4LU. Remember how Jershon was a little bit hesitant about me enrolling in W4LU the first time because it was kind of expensive? Well, now he tells me that its one of the best investments I’ve ever made.

It’s so interesting to me too because I don’t feel like I have made major changes. I feel like I have just had a lot of mindset shifts and that has subtly shifted my actions and has benefited our marriage greatly.

I love that Wife for Life teaches that it’s about the power that I have, as the wife, to influence my marriage for good (or bad) and to succeed.  I sometimes hear comments like “why isn’t there a Husband for Life book?”  And yes, maybe someday Ramona will write one of those, and that will be great.

But I’m personally glad that there is a Wife for Life book because I am a wife.  The only person that I have control over is myself.  So I love that I have this awesome resource that teaches me a lot about myself, about my husband, and about how to use my power for good.

Jershon and I have been married for 8 1/2 years and we have commented to each other a lot lately how this year has been our best yet.  I am sure that this has been influenced greatly by my quest to be a wife for life. 🙂

I would highly, highly, highly recommend reading Ramona’s book.  And I would also highly (times 10)  recommend enrolling in Wife for Life University.  I promise that it’s worth every penny.