I have been reflecting about the Solar eclipse that happened across the United States a couple days ago, and the unexpected feelings that I have experienced since then.  Here is what I wrote in my journal yesterday morning…

So yesterday was the Solar eclipse. People have been talking about this for months because it has been several years since we have had a total solar eclipse in the United States. A lot of people drove up to Idaho or Wyoming to see it because here in Utah it was only about 90% instead of totality. We got some special glasses (so we could look at the sun) and got to watch it yesterday. It was pretty cool, even though it wasn’t totality here. It got a little bit darker and felt like mid evening even though it was only 11:30 am. It was neat to see the moon slowly cover the sun until it was almost all the way covered. 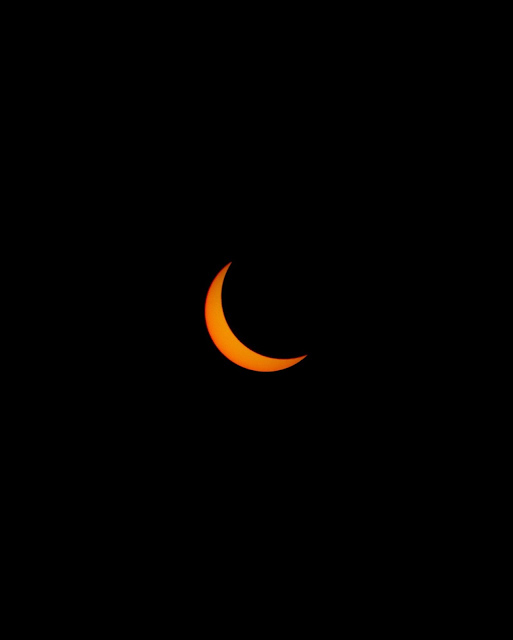 Photo by Mitchell Bowser on Unsplash

I don’t know what it was like to see the total eclipse in some of these other locations but it wasn’t until last night that I started feeling kind of bummed that I didn’t get to see the total eclipse. I’ve heard from some family members that it was a really cool experience. And I imagined in my minds eye last night (as I was falling asleep? In the middle of the night? I’m not sure) what it might have been like to be there and witness that awesome experience. I heard that it got pretty dark and you could just see the outer layer of the Sun shining around the edges of the moon. I was just imagining in my mind the experience of seeing the sun like that, in the dark, in the middle of the day. And then it must have been pretty neat to see it slowly get light again as the moon moved away. I was thinking about how special and symbolic that experience must have felt.

Anyway, I was thinking that to a very small degree, this is kind of like how I would feel if I wasn’t in the right spot at the right time when Jesus comes again. To miss that would be a really huge disappointment.

Like I said, I’ve been kind of surprised at the feelings that have been experiencing over these past couple days since the eclipse.  Every time I think about the eclipse, and how I missed out on the full experience, I have this feeling like a pit in my stomach.  It’s a deep kind of disappointment.

This has caused me to reflect as I have related this experience to my relationship to the gospel of Jesus Christ.

How many amazing experiences am I missing out on because I’m not willing to put in the effort?

How many great and amazing things am I not experiencing because I am filling my time with good or just ok things?

How many awesome revelations and insights (and excitement from discovering the mysteries of God) am I missing from the scriptures because I’m just skimming the surface and not putting in the work and effort to dive deep?

And as luck would have it, one of my friends shared Rob Eaton’s post on Facebook and I ran across it this afternoon.  I loved Rob’s post and it put some of my thoughts that I’ve been having into words and he also gave me some more things to think about.

“I had read all the hype, and I had a hard time imagining there was any way a total solar eclipse could live up to so much promotion and praise. One account was so effusive that even my young nephew dismissed it by saying, “It had too many superlatives.” Surely nothing could be that good.

If I had not lived plop in the middle of the zone of totality in Rexburg, Idaho, I don’t know that I would have traveled far to see it. When I mentioned it to my brother a month ago, remarkably enough, he hadn’t even heard about it yet. But before I could even say anything about it, he said, “It seems like every eclipse that comes along is supposed to be the only time in the next 57 years you’ll be able to see something like it.” He hadn’t been that impressed with what he’d seen in the past, so he wasn’t interested in driving a couple of hours north to reach the zone of totality for this eclipse.

I don’t fault him. If I were him, I might well have looked at a map and figured, “I’ll just stay here and see 75% of the eclipse and get 75% of the benefits. Why go all that way just to see the sun all the way covered?”

But with solar eclipses, I learned vividly and personally today, there is a world of difference between even 98% of an eclipse and 100%. We watched with interest and amusement during the partial phases of the eclipse, but right up until a few moments before we witnessed the total eclipse, it seemed like not much more than a pleasant astronomical quirk visible only with special protective glasses.

But as the moon began to totally cover the sun and we witnessed the diamond ring and the corona visible only with a total solar eclipse, I was absolutely blown away. I thought I would remain calm, but I couldn’t keep the emotions I felt inside. And neither could most of the people around me. As one writer had predicted, it was as if it touched something deeply primal within us. No photograph or video I’ve seen of this spectacular phenomenon does justice to it. It is simply the most amazing thing I have ever seen.

Afterwards, my nephew volunteered to his mother: “Now I know why they used so many superlatives.”Despite all the hype, we discovered a total solar eclipse had not been overrated.

As a follower of Jesus Christ, this experience has reminded me of three important lessons. First, heaven is not overhyped; eternal life will be worth every sacrifice we could possible make to partake of it.

In one of my otherwise favorite songs by Train, the singer asks of a friend returning from some kind of cosmic journey, “Did you make it to the Milky Way to see the lights all faded and that heaven is overrated?” Just as my brother assumed a total eclipse had been oversold, much of the world today has come to believe heaven is not real or that it can’t be all that. They doubt the reality of an eternal existence with God so exquisite that Peter described it as becoming “partakers of the divine nature” (2 Peter 1:4). I believe that one day, everyone will be as convinced of the desirability of eternal life with God as those who witnessed the total eclipse today were of its stunning glory.

Second, I was reminded that there is a dramatic difference between the blessings that come from sort of following the gospel of Jesus Christ—being in the zone of partiality—and striving to following Him and His teachings with all our hearts—the zone of totality. One of the reasons my brother and I underestimated how rewarding the total eclipse would be is that we based our estimates on what we’d witnessed in prior partial eclipses. But a total eclipse isn’t just twice as beautiful as an eclipse where the moon covers half the son; it is exponentially better.

And so are the blessings that come from living in the zone of spiritual totality. I’m not talking about a place where we are perfect, and I’m certainly not talking about a condition we achieve through our own efforts alone. But I am referring to a state of mind and heart where we jump in with our whole souls, holding nothing back but relying on Christ to realize our divine potential. The blessings of spiritual coronas and diamond rings come not to those who merely go through the motions and occasional effort it takes to reach the zone of partiality; they come to those who yield their hearts and souls to God in the zone of spiritual totality.

Finally, now that I know what a rare and exquisite experience a total solar eclipse is, I regret terribly the fact that I didn’t try to persuade my brother and his family and all my siblings and children who lived elsewhere to join us. What a terrible waste it was to have a home located in the heart of the zone of totality with only 5 guests. I wish I’d been more like some of our neighbors, who had family members and friends stuffed into every bed and couch and spilling over onto their lawns.

For those of us who have lived the gospel of Jesus Christ enough to know just how exquisite its blessings are, there is a special responsibility to find ways to help others come to understand or even consider the possibility that it will be eternally worth the sacrifice to come to the zone of spiritual totality.

For me, in some small way, glimpsing the silvery brilliance of the corona today felt like a symbolic foreshadowing of what it might be like to dwell eternally in the presence of God—in a place with “no need of the sun, neither of the moon, to shine in it: for the glory of God did lighten it, and the Lamb is the light thereof” (Rev. 21:23). Even more than I will strive to persuade my loved ones and friends to go witness the next total solar eclipse visible in the United States in 2024, I feel inspired to do all I can to help others know that heaven is real and that moving to the zone of spiritual totality is eternally worth it. We cannot use enough superlatives to describe it.” 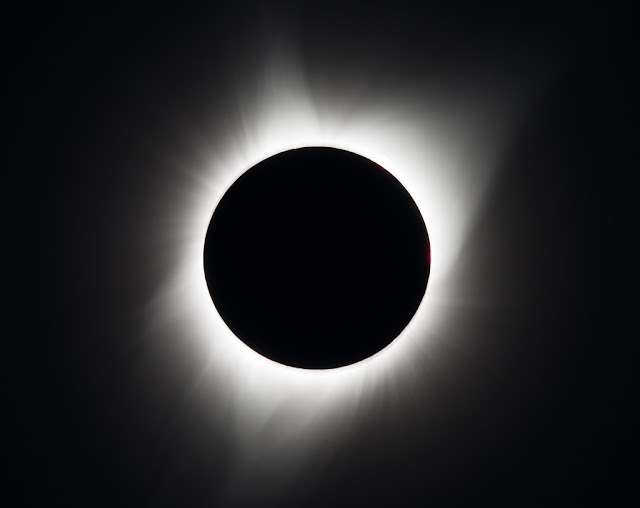