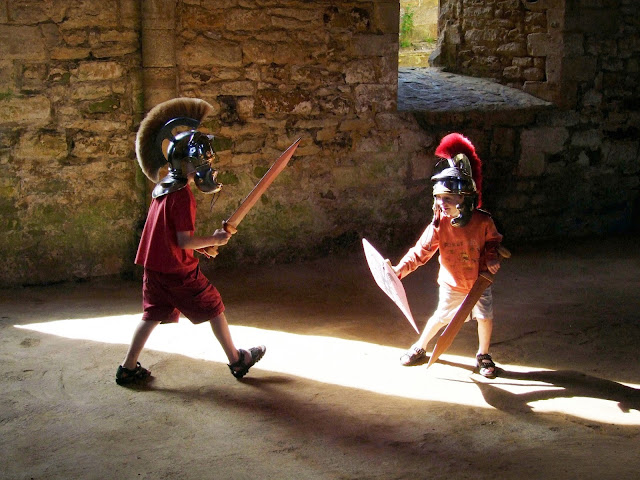 This morning I was reading the Book of Mormon with L. We were reading the story about the Anti-Nephi-Lehies burying their weapons of war. I was talking to L (and P) about how when we make a choice for the first time, sometimes it is a little bit hard because we have to consciously act. But if we keep making that choice over and over again, eventually the choice becomes really easy. Sometimes we don’t even realize that we are making the choice until we have already acted on the thought (that we didn’t realize we were thinking.) It just becomes automatic. This is good, in the case of good choices, but bad in the case of bad choices. Habits are hard to break -especially bad habits. I explained to the boys about neuropathways in our brains and how the more we make a choice, the “deeper” that “groove” or pathway gets in our brain. Change is possible, we can re-wire our brains., but it takes time, it takes hard work, it takes cleansing and sanctification through the Atonement of Jesus Christ.

It also requires us to replace that bad habit with a good habit, and then we need to practice that good habit over and over and over and over again – until it becomes natural and automatic. And then we need to continue to practice and practice. For some reason, a good habit, that has been in the making for a long time – weeks, months, years, even decades – can be lost in a minute. Where bad habits seem to die a slow, painful, death. I’m not sure they ever die completely – unless we are healed through the Atonement of Jesus Christ- and we are consistently working to not return to that bad habit that we once had.

So then I taught them about why the Anti-Neph-Lehies buried their weapons of war. Because they had made the choice to murder so many times before, it was so easy for them. And if they were faced with their enemies again or if they succumbed to anger, it would be easy for them to make that choice of bloodshed again. It would be kind of second nature to them. So in order to get rid of that temptation, in order to not have that option anymore, they buried their weapons.

Then the boys and I talked about what some of our individual weapons are and how we can work on burying them and replacing them with good habits instead.

10 And I also thank my God, yea, my great God, that he hath granted unto us that we might repent of these things, and also that he hath forgiven us of those our many sins and murders which we have committed, and taken away the guilt from our hearts, through the merits of his Son.

11 And now behold, my brethren, since it has been all that we could do (as we were the most lost of all mankind) to repent of all our sins and the many murders which we have committed, and to get God to take them away from our hearts, for it was all we could do to repent sufficiently before God that he would take away our stain—

12 Now, my best beloved brethren, since God hath taken away our stains, and our swords have become bright, then let us stain our swords no more with the blood of our brethren.

13 Behold, I say unto you, Nay, let us retain our swords that they be not stained with the blood of our brethren; for perhaps, if we should stain our swords again they can no more be washed bright through the blood of the Son of our great God, which shall be shed for the atonement of our sins.

15 Oh, how merciful is our God! And now behold, since it has been as much as we could do to get our stains taken away from us, and our swords are made bright, let us hide them away that they may be kept bright, as a testimony to our God at the last day, or at the day that we shall be brought to stand before him to be judged, that we have not stained our swords in the blood of our brethren since he imparted his word unto us and has made us clean thereby.

17 And now it came to pass that when the king had made an end of these sayings, and all the people were assembled together, they took their swords, and all the weapons which were used for the shedding of man’s blood, and they did bury them up deep in the earth.